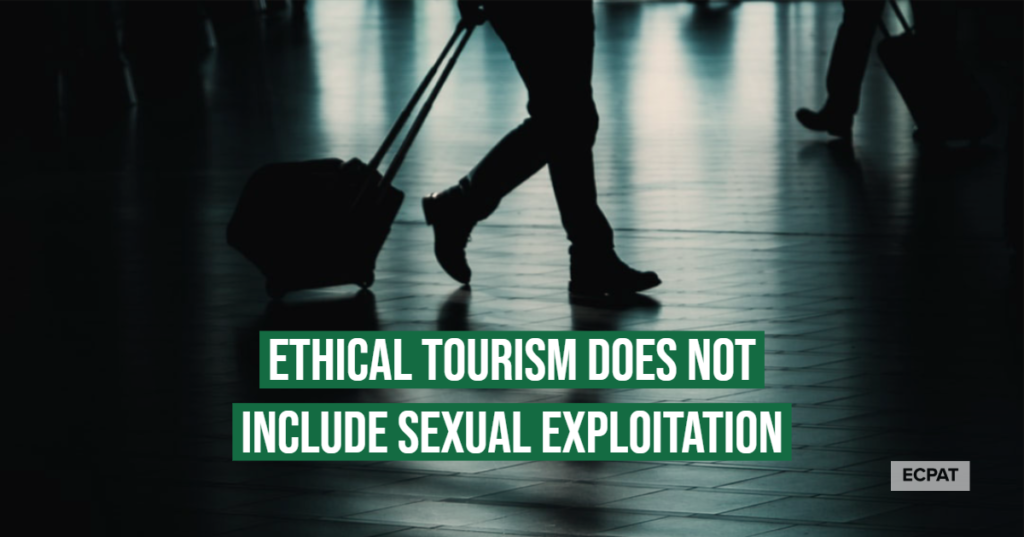 For some, travelling means meeting new people and learning about new cultures, but for others it’s an opportunity to exploit the most vulnerable. This is something UN human rights experts are trying to stop with an international agreement that promotes ethical tourism – where human rights are respected, travelling child sex offenders are punished and children are protected.

“…exploitation of human beings in any form, particularly sexual, especially when applied to children, conflicts with the fundamental aims of tourism.”

The UN World Tourism Organization is one of the most influential international institutions working on issues that affect the tourism industry. It serves to protect and uphold the human rights of people facing exploitation by travellers and tourists. To improve that work, they adopted The Framework Convention on Tourism Ethics, an international agreement where Member States commit to fully protect children and properly punish travelling child sex offenders. An international agreement such as this framework is a huge step forward in the fight against this crime. It shows that sexual exploitation of children is a direct violation of the purposes of tourism and that States are working to promote safe, responsible tourism free from child sexual exploitation.

“The Framework Convention is an important tool for shining a light on the violence and exploitation suffered by children in the context of travel and tourism.”

Continuing the fight against exploitation in travel and tourism

ECPAT is constantly working on building partnerships between the travel and tourism companies and NGOs through the implementation of The Code to stop these crimes. We have created a legal ‘checklist’ for and together with Southeast Asian governments to improve their efforts to protect children, and we have been working with Latin American partners to extend the reporting portal dontlookaway.report to not only include European countries, but Latin American. Thanks to the participation of NGOs, governments and companies, stronger action can be taken. Agreements such as the UNWTO framework can help us all come together on the issue. UNWTO’s Framework Convention, once ratified, will further help to strengthen efforts at country levels to protect children and end impunity of offenders.

“Safeguarding children from discrimination, exclusion, violence and exploitation is indispensable to ensuring that all forms of tourism are truly responsible and sustainable.”

More about the legal checklist in Southeast Asia

Statement on the Framework Convention