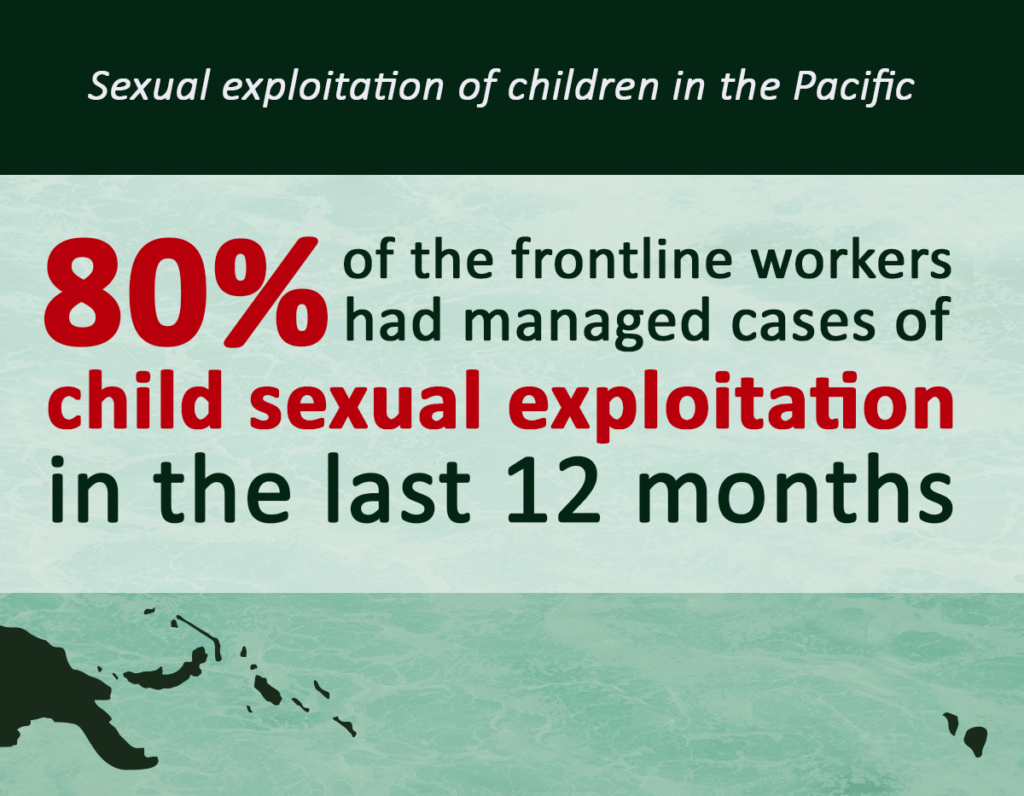 Some welfare workers identified strong stigma attached to being a victim of sexual exploitation, cultural taboos around discussing sex and the fear of further judgement by communities and other family members as limiting children’s ability to speak out and report offending against them. In addition, many smaller communities lack even basic law enforcement facilities – or other resources for victims to report crimes and receive support.

“There are a broad range of factors that – according to those working with this problem – may put children at risk – and although each Pacific nation is different, we saw some common themes. For example, the data shows us that children in extreme poverty or who were living in street situations were consistently identified by workers as at great risk. Workers also noted that labour migration was leaving some unsupervised children at risk too.” 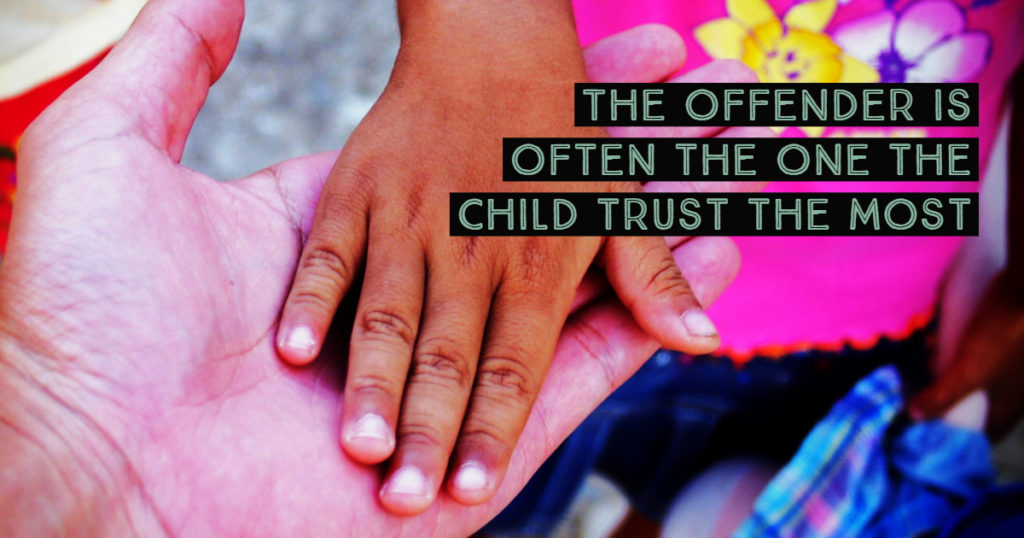 Participants in the survey said that offenders were most likely to be from the child’s extended family, including grandparents, uncles/aunts, cousins, and siblings. Parents/step-parents and community members were the next most common categories of perpetrators. One participant explained that offenders who sexually exploit children were often “those who the children have trusted most. They were breadwinners of the whole family as well as tuition fees providers.” While the vast majority of perpetrators (93%) were men, women were noted to be involved with facilitating sexual exploitation in as many as 32 per cents of cases.

“They were breadwinners of the whole family as well as tuition fees providers.”

All frontline workers in the survey expressed an urgent need for better funding and more human resources to address the problem of child sexual exploitation, as well as for authorities to adopt a more child-friendly approach. For example, there is a strong need for law enforcement officers and courts to create child-friendly spaces where victims feel safe.

Remove any posters related to violent crimes from the spaces where children will enter.

“A practical step as simple as removing any posters related to violent crimes from the spaces where children will enter could be an example of a small but important step towards facilitating children’s access to justice,” says the report. The availability and quality of medical and legal services were rated somewhat more positively, but responses still indicated a significant need in these areas as well.

Full report: Perceptions of Frontline Welfare Workers on the Sexual Exploitation of Children in the Pacific