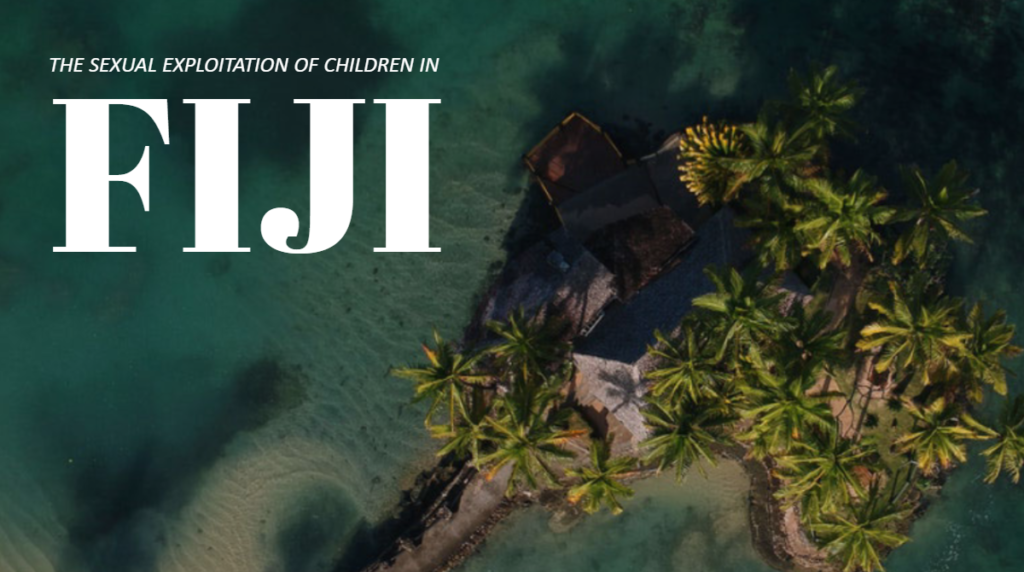 While Fiji is as a source, destination and transit country for children subjected to international trafficking for sexual purposes – it is also recent cases of domestic trafficking that demonstrate the urgent need to better understand and deal with the problem.

Iris Low-McKenzie, Chief Executive Officer for Save the Children Fiji, which collaborated with ECPAT to develop the report, cited recent cases highlighted by the media of child sexual exploitation, including a man forcing a 15-year old girl into sexual servitude, and juice sellers allegedly selling minors for sex. But, she says while it is clear that there is a serious problem, it is almost impossible to understand its full extent as very little research has been carried out in Fiji.

“We have anecdotal information that domestic trafficking is a reality as children become more mobile for work and study. We also know that in Fiji, victims tend to travel between urban areas to accommodate the demand. However, in the absence of any recent research it is very difficult to understand the scale and scope of this issue – and implement strategies to stop it.”

Trafficking facilitated by others

The report says that the last time research into the sexual exploitation of children in Fiji was conducted was 2009. Data from this research revealed that some child victims of this crime may be actively engaging in their own sexual exploitation as a survival strategy, and that children are being transported to locations where they are abused, in particular tourist areas or during festivals. It was also revealed that children in Fiji are exploited in both individual and organized operations, often in clubs and brothels operating as motels or massage parlours – and the problem has been exacerbated in recent years by urbanization, which has caused some children to lose access to the safety nets of their communities and villages.

The report also warns of an emerging threat – as Internet access increases. With more than half of the Fijian population now online, Fijian children face an amplified hazard of sexual victimization.

“Even in the context of an attentive family, children can still be at risk of being sexually exploited online – given the often private and hidden nature of many children’s Internet use,” says Low-McKenzie. “As in many countries, in Fiji, a major factor is parent’s lack of understanding of the risks that their children face online. Although there is a critical lack of research, several reports confirm that the problem has arrived here and parents need to be much more aware of their children’s activities online.”

Read the full report: Sexual Exploitation of Children in Fiji.