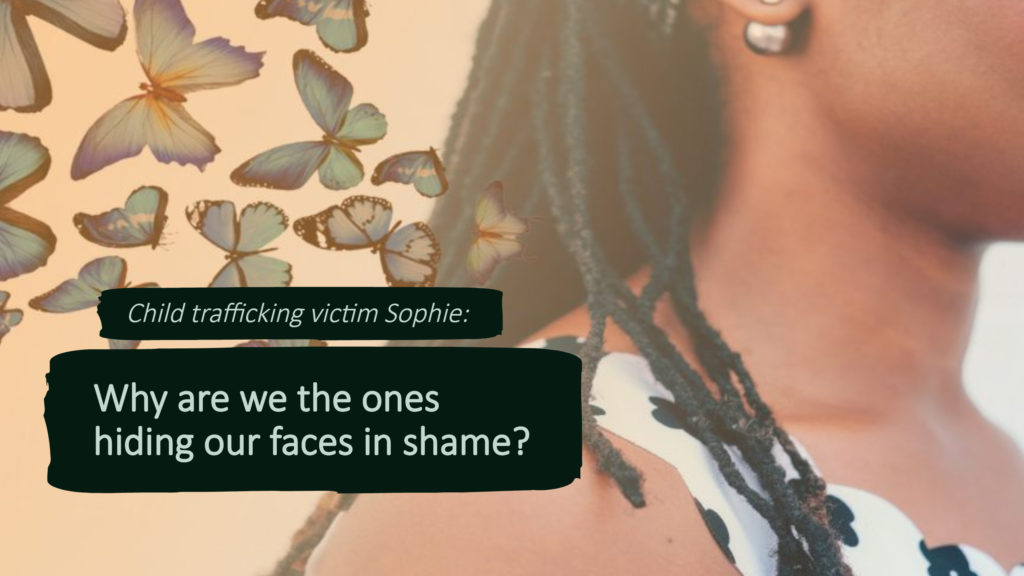 “Hope is like peace. It is not a gift from God. It is a gift only we can give one another.”

The words illustrate the worldview of Sophie, a 31-year-old feminist, activist and teacher, from Kenya, who came to represent hope for others after a harrowing experience that for a long time kept her imprisoned in despair.

At age 13, owing to financial difficulties within her immediate family, Sophie was taken to the home of a relative who promised to facilitate her education. Instead of being allowed to attend school however, she was forced to stay home and undertake household chores.  And soon after, the young Sophie began suffering sexual abuse at the hands of another family member. This carried on until a chance set of circumstances culminated in her being found and taken back home by her mother.

Choosing between anger and hope

As a self-confessed pragmatist with, as she puts it, “very strong emotions”, Sophie realized that not having access to the necessary psycho-social systems needed to confront and work through the trauma she suffered during her year-long ordeal had left her, mainly, with two choices – anger or hope. And based on her practical nature, anger was “not an option” because it would “not have provided a solution.” This left Sophie with only hope, which she was determined to maintain at all costs.

Sophie was helped by helping others

Sophie is one of the rare human beings who believe that it is the responsibility of each person to set the bar higher – to make the world better for those coming after. And so at 16, in need of an avenue through which to live her convictions and channel her unresolved emotions, Sophie began volunteering. First at a local organization focused on youth development, and subsequently at an NGO dedicated to combating human trafficking in Kenya and the East Africa region. Her reasoning for volunteering was simple enough:

“I wanted to help out because when I needed help, no one was around to assist.”

It was only after becoming a volunteer in the area of human trafficking that Sophie started coming to terms with her own dark experiences. In this space she found the support structure that was lacking after her ordeal; people with whom she could process and discuss her experiences and with whom she could open up in whatever way she chose. Sophie was finally able, more than a decade later, to identify each of the crimes committed against her – human trafficking, child exploitation and abuse. Her reflexive desire to help others, it would seem, helped to solidify her own survival.

As a survivor today, Sophie is fervent and resolute in her efforts to combat human trafficking and child sexual exploitation. She works closely with victims in unpacking their multilayered issues and assisting the transition from victim to survivor. In her view, a common theme that prevents victims from speaking out is stigma and shame, which she also believes is an important part of the healing process. But speaking out, she iterates, is necessary for taking back the power.

“Victims don’t want the experience to be what defines them for the rest of their lives. Why do we have a system in which I feel shameful for the wrong that was done to me? Why are we the ones hiding our faces in shame? I won’t give my abuser the opportunity to write my story.”

It could not be more apparent how strongly Sophie feels about victims reclaiming agency by being the “author” of their own stories. She also believes that people tend to have false, preconceived notions about survivors of sexual exploitation, especially regarding how they are meant to look and act, and is passionate about changing the existing narrative.

“Don’t allow anyone to make you feel like a victim… [and] find a channel to express your emotions”.

This is because of her conviction that each individual will likely have a unique recovery process and that it is important for each person to find and take charge of their own recovery. Sophie also doesn’t believe that there is necessarily a timeline for recovery, and she encourages victims to “feel what you feel for however long you need to”, because it is “your experience, your journey”.

You are never alone.

Ally: I am a survivor because I am still here.