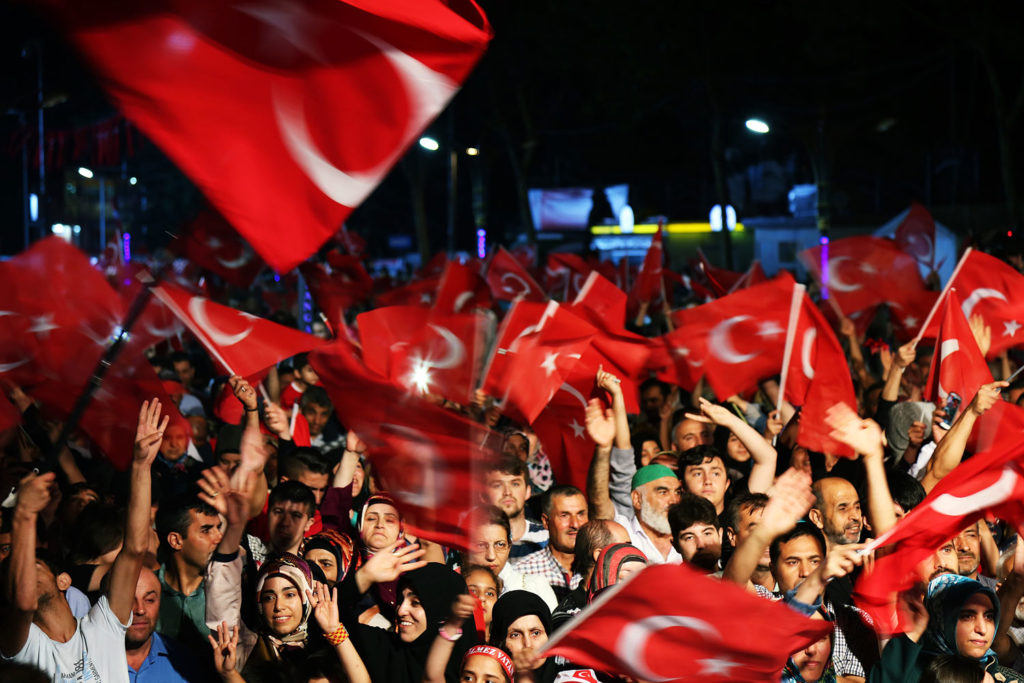 In 2017, major protests occurred after a new Turkish bill was proposed. The bill would have postponed the sentences of child sex offenders if they married their victims. That bill was ultimately withdrawn, but in January 2020, the Turkish government raised this prospect again by announcing plans for a similar new law to be introduced.

In a new research briefing paper, ECPAT International recognises these worrying events in its calls for the government to address the enduring issue of child marriage in the country. Other challenges also highlighted in the paper include conditions facing some child refugees and calling for data on the extent of the sexual exploitation of children to be publicly available, so that children can be properly protected.

The briefing paper is based on research published in The Economist’s Out of the Shadows Index, which looks at government responses to fighting sexual exploitation of children. Turkey scored 56.7/100, placing the country 18th out of the 60 countries measured.

Despite Turkey mostly having a robust legal framework to address child sexual exploitation in prostitution, child rape and child trafficking, there are still gaps in its existing marriage laws which leave children vulnerable to child marriage.

In 2016, the government introduced a bill that would have proposed postponing the sentences of convicted child abusers if they married their victims, but the bill was withdrawn due to widespread opposition and public pressure. In January 2020, it was announced that a similar bill was being brought forward to the Turkish parliament. Not only would this bill legitimise child marriage and statutory rape, but it would also increase the impunity of the abusers and create the perception that sexually exploiting and abusing a child can be excused.

“The proposed legislation by the Turkish government could seriously worsen the situation of child marriage. The government should withdraw any bill that excuses child abusers by allowing them to marry their victims.”

In Turkey, the legal age of marriage is 18 years old for both men and women, but at age 17, a child can be permitted to marry as long as they have parental consent. The 2018 Turkish Demographic and Health Survey reported that 2% of Turkish women aged between 20-24 were married by 15 years old, and 1.1% of girls aged between 15-19 reported they were married by the age of 15.

ECPAT’s briefing paper also references research revealing that Turkey has the highest number of refugees worldwide, with approximately 4 million refugees as of November 2019. 3.6 million came from Syria, and many have faced unimaginable suffering. Due to the economic hardship they face, families sometimes see no alternative than early marriage as a way to provide for children.

“Refugee children are vulnerable to multiple forms of exploitation, including child, early and forced marriage. Despite huge generosity by Turkey to host so many refugees, improvements to social and legal protections are needed to continue and improve their work to protect child refugees in the country.”

Some refugee families allow children to marry Turkish nationals in return for payment and a reduction on their own financial burden. It has also been reported that criminal networks have taken advantage of this vulnerability by pressuring Syrian women and girls into forms of sexual exploitation.

Can children be properly protected when there is little information on how they are exploited?

There is extremely little data publicly available on the sexual exploitation of children via online methods, through prostitution, and in the context of travel and tourism. On child victims of trafficking, the data that is available to the public does not distinguish different types of trafficking that children can face. For example, if it is for the purposes of sexual exploitation or for other forms of exploitation such as forced labour, slavery or organ removal. Because of this, it is difficult to accurately assess how and how many children are affected and what is needed from civil society organisations and authorities to develop effective prevention programmes and sufficient responses to affected children.

Since 2002, The Turkish Statistical Institute has released numbers on how many children have married annually. It is unclear whether the figures they release also include Turkey’s refugees—one of the most vulnerable populations to child, early and forced marriage.

Urgent action needed to amend Nepali legislation to protect children from falling into the hands of online child sex offenders
MALAYSIA: What we know about the sexual exploitation of children in the country
South African government’s underinvestment inhibits efforts to protect children from sexual exploitation
Ezgi Yaman: The Child 10 Award made me and my organisation very happy, it was very motivating for us