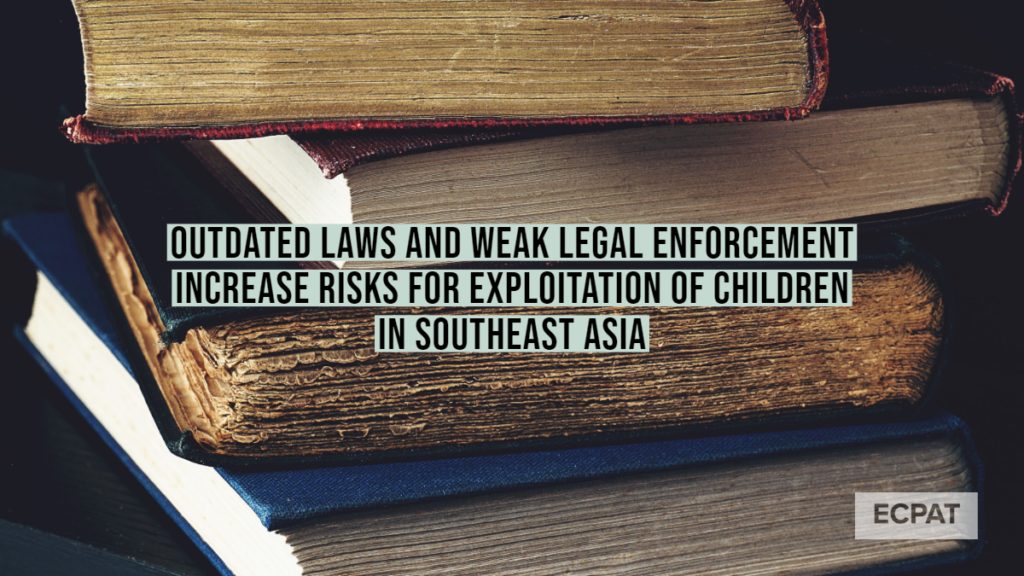 ECPAT has released a new report that says outdated laws and weak legal enforcement are increasing the risk of the sexual exploitation of children across Southeast Asia.

Traditional elements of the sexual exploitation of children, such as child marriage and human trafficking continue to be an issue, says “The Sexual Exploitation of Children in Southeast Asia,” which explores the phenomena in 11 countries in the region. However, the situation has worsened in recent years by a low level of awareness about the issue, along with increased regional tourism and the rise and expansion of the internet.

It’s not only travelling offenders who commit these crimes

Underlying these risk factors is a weak legal infrastructure in many Southeast Asian countries, which is allowing offenders to act with impunity. And it is not only foreigners who are to blame – today, many perpetrators are largely from the region.

“Although tourists from Western countries are still a significant problem, it is a popular misconception that they constitute the majority of child sex offenders,” says Rangsima Deesawade, ECPAT’s Regional Coordinator for Southeast Asia. “Most offences in Southeast Asia are committed by nationals of countries in the region or other parts of Asia.”

According to the new study, whilst traditional tourism destinations such as Thailand and the Philippines continue to pose a threat to children due to cheap travel and accommodation options, other countries such as Cambodia, Indonesia, Myanmar and Viet Nam have become popular hotspots for child sex offenders.

Other facts highlighted by the report include: