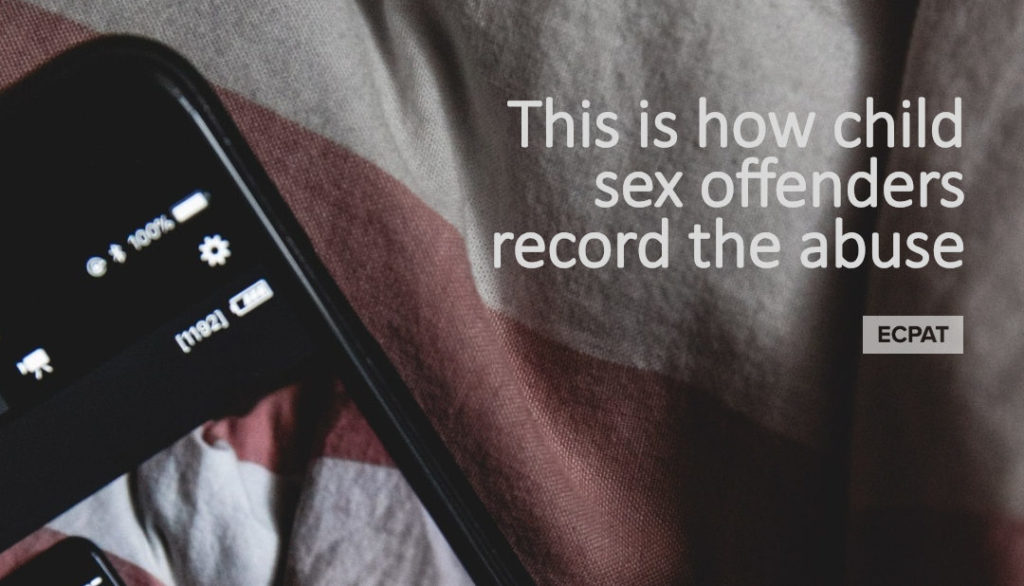 There is an enormous amount of child sexual abuse material online. Behind every video or image there is a real child suffering from sexual exploitation. Recent global research showed that in samples, the majority of children depicted in child sexual abuse material were prepubescent, and that younger children often suffer more severe abuse, including torture, violent rape, or sadism.

New report: Trends in online child sexual abuse material
Recently, ECPAT interviewed 18 experts on the online sexual exploitation of children from EUROPOL, INTERPOL and child hotlines around the world to better understand current trends in this crime – and gain some insight as to why these may be occurring.

Not enough resources to cope with reported cases
All the experts spoken to for this research said they have all seen an increase in reported cases, which is good, as it indicates greater awareness of the problem and a willingness to report to authorities. However, most also felt overwhelmed by the amount of child sexual abuse material reported to them and that in many cases they could not keep up. Many of them felt that while there is political recognition that online child sexual exploitation is a problem, authorities are yet to allocate the appropriate funds for combatting the crime.

The majority of the interviewees reported that they had witnessed a decrease in the average age of victims depicted online, and that there has been a recent increase in very young victims. Every participant interviewed had come across material involving an infant or toddler during their career. Several participants reported that the youngest child they had seen was days, weeks, or only a few months’ old.

“…lately the victims are at younger ages. There is a tendency, I would say an early sexualisation of children, and it is true that we are seeing victims of increasingly early ages.”

Technology helps offenders stay one step ahead of investigators
Experts interviewed say that distribution methods for online child sexual abuse material has grown. Distributors were characterized as being fluid and often one step ahead of investigators. They often exploited new technologies and deftly used apps and the privacy policies of online networks to their advantage.

“It changes all the time. I mean, the last couple of weeks we had a high number of cases in Snapchat. It’s very newly used by [offenders]. Yeah, I think it changes a lot. It changes every week, I think, by the numbers, and every application. […] I think [the dark net] is still a high number. Peer to peer is same, constantly used.”

Phones and laptops makes it easier to document sexual abuse
Many experts interviewed mentioned that evolving hardware technology, such as digital cameras, laptops, and cell phones have greatly influenced who produces videos and images of child sexual abuse. Though there may be some evidence that higher quality images are considered more valuable, cell phones and webcams seem to have become the norm. In particular, they allow perpetrators to offend in their own homes and at their own convenience.

“From the top of my head, I’d say more and more amateur content [is being produced]. Meaning home, self-produced content, unfortunately. This is parting with the given impression that CSAM is something that you maybe find in more exotic countries, typically Eastern Asia with sex tourism. The fact is, we see more, if we’re talking about ethnicity here, we’ve seen a lot of Caucasian / white children being abused by what seems to be a parent or a close relative within the framework of a household. That’s what I refer to when I say amateur content.”

Understanding the crime is crucial to preventing it
To be able to more effectively act to prevent this crime we need to better understand it. We need to understand technology and the way the material is shared online, but also trends in victim, offender and content characteristics over time. It’s crucial that law enforcement agencies throughout the world have databases and the ability to track relevant information about the material they process and investigate. It is not enough to have large databases with lots of variables, rather we need robust databases with useful, and carefully defined variables to act to prevent this crime from happening and find victims when it does.