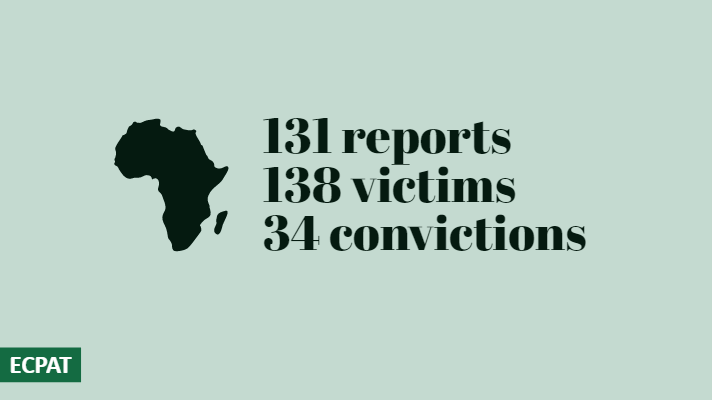 ECPAT’s most recent country overview for Mauritius highlights the fact that there is limited data on child marriage and other manifestations of child sexual abuse and exploitation in the country. This is making it difficult to understand how to protect children – and nationwide research to better comprehend the full scale of the phenomenon is urgently needed.

“The biggest challenge is in having reliable information, and knowing who is a potential aggressor or suspect.”

However, the report did note that some indications of the extent of child sexual exploitation were available. The Halley Movement-supported Helpline Mauritius, which provides counselling services to young people, says that it received more than 900 complaints between 2017 and 2018 – reporting different types of abuse affecting children. This included more than 100 cases of cyberbullying, most of which was sexually related. Latest available Mauritius Police figures show that between 2016 and 2017 there were 131 reported cases, involving 138 victims, for the crime of sexual offences against children. Thirty-four of these ended in conviction.

Child marriage continues to be a problem in Mauritius

The report also says that along with other forms of sexual exploitation, child marriage continues to be a problem. This is due it says, in part to loopholes in the law, which contains exceptions allowing children under the age of 18 to marry. The report highlights a recent incident involving the death of a 13-year-old pregnant girl who was forced into marriage, which attracted the attention of the Mauritian public – but is yet to attract any official response or result in better child protection legislation.

“A national debate on the topic of child marriage is urgently needed in Mauritius. There needs to be immediate reform of legislation to protect children – and strict measures need to be taken by law enforcement to stop this practice.”

Organizations play an important role for child victims and survivors

The report also highlights some of the positive work being done in the island nation by community organizations working to protect children. Many of these work in advocating and raising awareness, as well as providing counselling, legal aid and immediate attention to child victims of sexual exploitation. This work substantially contributes to ‘filling the gaps’ where government provision of services for children is insufficient.

Despite the existence of government bodies that have a mandate for dealing with children’s rights, the report says that there is little evidence that these are active in practice. Furthermore, there is no pivotal main body specifically coordinating policies and measures against the sexual exploitation of children. The approval of a Children’s Bill, which would fill some of the legislative gaps, including those that allow for child marriage, has been postponed for some years now. A recent announcement by the government on the agreement on the drafting for the Bill shows that the issue still has political momentum, but the expected date of approval remains unknown.

Trafficking and sexual exploitation by tourists a problem in Mauritius

Being a tropical island with beautiful beaches and diverse flora and fauna, Mauritius is one of the top tourism destinations in the region and among the most visited countries in the world. However, this may facilitate child sexual exploitation by travellers and tourists. The report also highlights the fact that while Mauritius is identified as a source, transit, and destination country for the trafficking of children for sexual purposes, just a handful of cases are formally reported to police every year. Lengthy judicial processes, frequently lasting many years, deter victims from seeking legal redress leading to cases being underreported, it says.