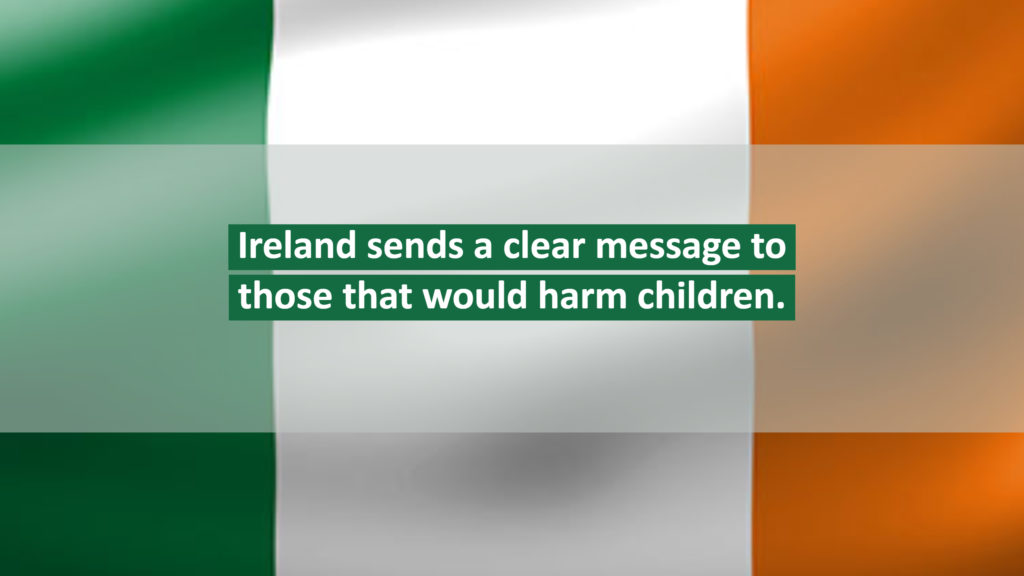 Ireland looks set to ratify the Optional Protocol to the Convention on the Rights of the Child on the sale of children, child prostitution and child pornography – an important international legal instrument designed to protect children from sexual exploitation. ECPAT welcomes the move as Irish minister calls for urgent action on child sexual exploitation.

According to recent news reports, Children’s Minister Dr. Katherine Zappone has urged the government to quickly ratify the convention, adopted by the UN General Assembly in 2000, which now has 175 states party to it. The minister’s announcement follows the release in November of an ECPAT report that had criticized the Irish government for not fully implementing the protocol. The report also noted that higher poverty continues to leave Irish young people at greater risk of sexual exploitation. It was also critical of the country’s lack of specialized recovery, reintegration and compensation services for child victims – a situation that also places Ireland at odds with most European nations.

“Ireland now meets the best international standards to combat this and I will be recommending to the Attorney General and the Government that ratification takes place in the new year.”

Zappone cited the recent passing of the Criminal Law (Sexual Offences) Act 2017, as well as less recent legislation, such as the Child Trafficking and Pornography Act 1998, and the Criminal Law (Human Trafficking) Act 2008, as evidence that the legal framework now paved the way for Ireland’s ratification.

“Overall, Ireland has quite good laws for the protection of children from sexual exploitation. However, it is positive to see that many within the government want to strengthen this legal structure even further.

Sexual exploitation continues to affect Irish children. If ratified, this Protocol will bolster domestic law and help prevent the sexual exploitation that occurs in Ireland through trafficking, prostitution, and online. It will save thousands of children from suffering – and send a clear message to those that would harm children.”

If Ireland does sign up to the agreement, it will be the final European Union member state to do so. Ireland still remains one of three Council of Europe members that have not yet ratified the Council of Europe Convention on the Protection of Children against Sexual Exploitation and Sexual Abuse (the Lanzarote Convention), another significant legal instrument for protecting children. Ireland has also yet to fully incorporate the Convention on the Rights of the Child into domestic law.