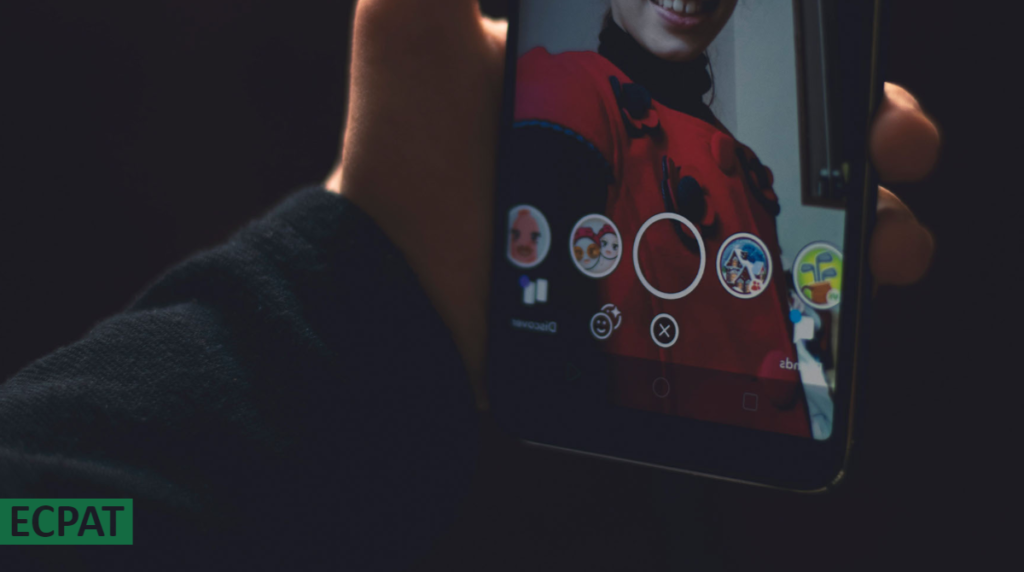 Recently, ECPAT Sweden’s reporting hotline conducted research into the types of sexual abuse images that it receives that are taken by children themselves. They analysed 300 images that were received over a period of one month. The images include both girls and boys – of different ages. The team also spoke to children about how they feel about the phenomena.

Below are some observations from the study and some advice as to what you can do to keep your children safe.

”I think that they don’t get this thing with nudes, they didn’t use snapchat and it isn’t really the same thing… I think we’ll have a better understanding when we become parents. They don’t really understand social stigma.”
Girl, high school.

“When it comes to extortion, in more unusual cases, girls can also push a boy to send pictures by saying ‘you’re not a man’ or ‘you’re not masculine if you do not send this now that we started this intimate moment´ (…) Or if you’re offered sex you should always say yes whether you want or not. There is not much talk about it in the media /…/ there’s not the same focus on boys.”
Boy, high school year 1

“Girls can send in a relationship. Not as many girls sends randomly. It’s guys who go straight to the point, take a picture, then bam.”
Girl, high school.

“We have to deal with so much more crap, be called whore, slut. But if a guy sends (a picture) it’s cool. If a guy gets (a picture) on a girl, then it’s like: oh my god, I have to show all my friends”.
Girl, high school.

“Don’t make a big deal of it! Take it easy and say that it wasn’t their fault. Not make it a huge thing involving a lot of people. Then you get stressed and have a lot of guilt. Like, for what you did”.
Girl, junior high.

“I think that mom and dad, that they are the ones who decide how much we can tell them, because they put up a fence /…/ Say that a parent finds out that a friend has shared [a nude image] and the response is “how did she dare!?” Then you know that that’s how parents feel about these things. So even when it comes to other people, they should be understanding. But when I notice that my parents don’t like that this is happening to a friend, they wouldn’t understand if it happened to me.”
Girl, high school

* Quotes are translated from Swedish, original versions to be found in ECPAT Sweden’s report.